A real issue no organisation wants to acknowledge. 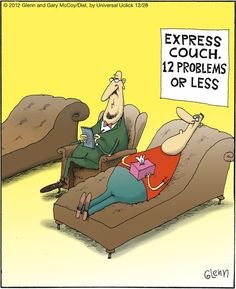 Within the Aviation Industry, there is an increasing level of reports regarding significant events that were perceivably the result of a mental health issue. We have seen the global media interviewing senior airline executives, ex pilots and so called ‘experts’ in flying, and they all spout a common message; more rigour to cockpit security, more rigorous crew testing, more rigorous etc etc. The procedural solutions suggested/recommended will ultimately not have the desired effect.

It appears we (collectively) have forgotten the core of the working environment – the individual. Why haven’t the so-called experts advocated putting the human aspect back into the work environment and call for a radical improvement in how we engage and show genuine interest in an individual’s wellbeing? One in five Australians every year suffer from mental illness (source: beyondblue). This figure alone validates the fact a more human, less procedural, approach is needed within the workplace when considering emotional states and our working environment.

The 10th October annually is World Mental Health Day. Generally, workplaces on or around that date promote mental wellbeing and furthering knowledge about mental health issues and initiatives. However, the question remains as to how effective are these same organisations throughout the other 364 days of the year? A genuine commitment by leaders (management) would turn the philosophy from a one-day-yearly flick and tick exercise, to an ongoing program. Unfortunately, broadly speaking, this commitment is yet to be seen.

In December 2014 a report released in Australia had several key findings including two in five employees surveyed said their job has a negative effect on their mental health, and with one in three saying their workplace offers no (mental) health support. According to Dr Fiona Adshead, Bupa’s director of Wellbeing and Public Health “Workplaces are a key opportunity to influence people in their daily lives and support them”. What value would any form of support give to you and your organisation?

Why am I drawing parallels to an aircraft accident that took far too many lives and the average work environment? A human is at the centre of each; a living breathing entity continuously subjected to various emotional states thorough simply living life.

The days of staff leaving their emotional baggage at the door are well and truly over. Organisations need to be on the front foot with upskilling their leaders through coaching and mentoring, on effectively reading behaviours (Emotional Intelligence) and supporting their staff with a humanly, not technical, aspect. Ideally, the working environment needs to be one of trust and openness creating an esprit de corps where there is no stigma.

When was the last time you or your organisation reviewed its policy around work place safety which included the person, not just the system.

You have Successfully Subscribed!